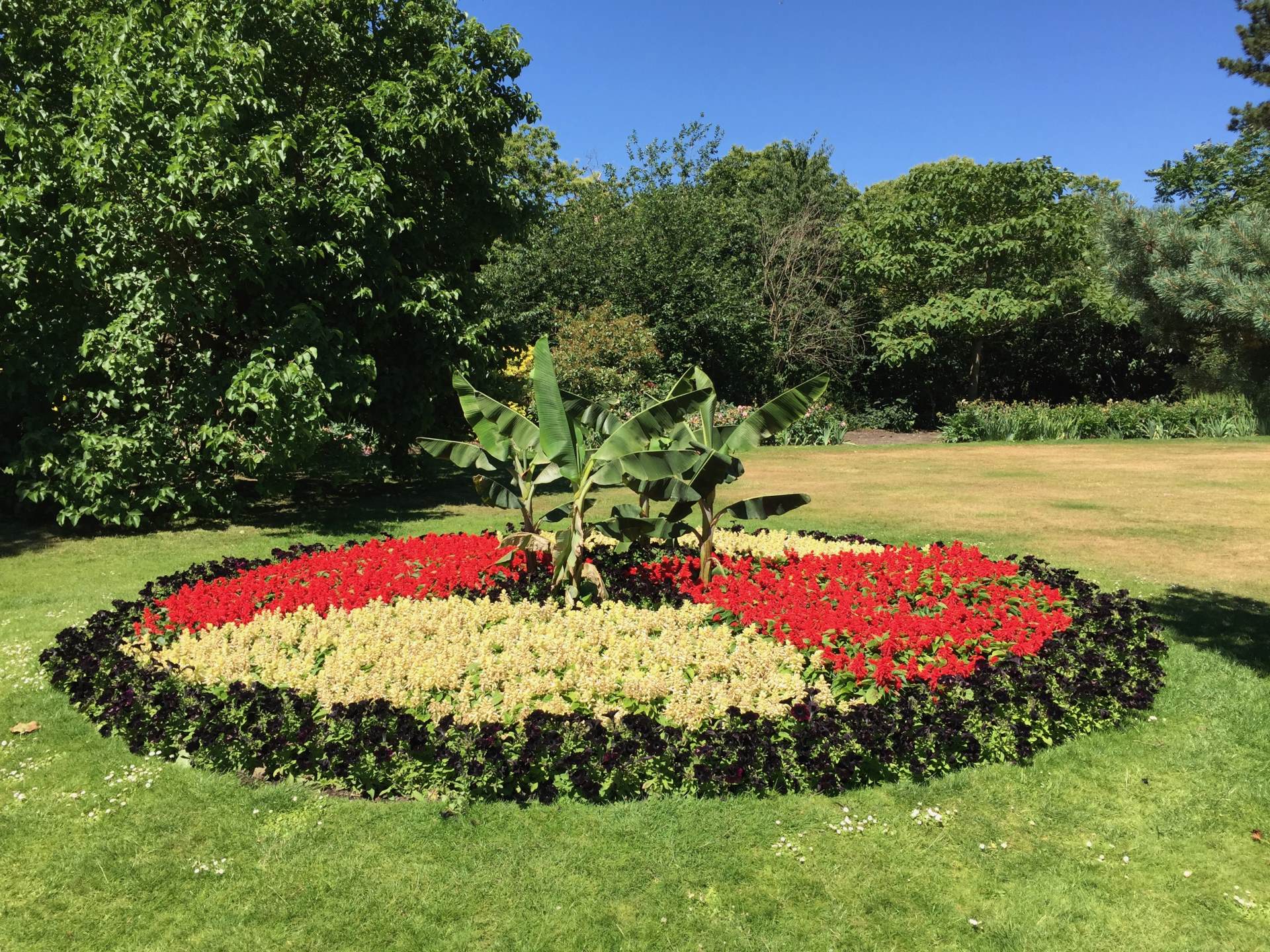 The Flower Garden is set out with formal Victorian style flower beds laid out in 1925 and planted in the traditional style twice a year. Just inside the gates at the Blackheath end of the Park is one of the sweet chestnut trees left from the formal laying out of the Park avenues in the 1660s.

The Lake, created in Victorian times from one of the many gravel pits in the Park, is home to a collection of waterfowl, some introduced, others natives like the mallards. There is a heather garden at the north end of the Lake and a cedar lawn with more formal beds and some fine trees including a number of tulip trees, Liriodendron tulipifera.

The Wildlife Centre is in the Flower Garden near the south end of the Lake. It is open to the general public on the last Saturday of the month and for occasional open days and wildlife talks organised by the Friends Wildlife Group on behalf of Park management.

This small valley garden with camellias, rhododendrons, ericaceous (heather family) shrubs and spring flowering bulbs on the south-west side of the Park was laid out with the nearby American Garden and rock garden in 1898.

‘American gardens’ became popular from the late 18th century when North American trees and shrubs became easy to obtain. They were often ericaceous species and included, as in Greenwich Park, woodland, acid soil species like the camellias, and trees and shrubs with outstanding autumn colour such as the dogwoods (Cornus spp), and maples (Acer spp). 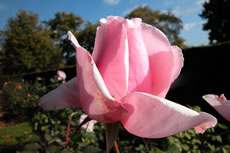 Greenwich Park's popular rose garden is located on the eastern side of the park and forms the backdrop to the Ranger's House, an elegant Georgian villa which was originally the residence of the Park Ranger.

It now belongs to English Heritage and houses The Wernher Collection, a remarkable collection of works of art amassed by diamond magnate Sir Julius Wernher (1850-1912).

The Rose Garden was originally planted in 1960-61. It was enlarged and replanted in 1993-4 at which time it was enclosed by a yew hedge.

The beds are laid out in a semi-circular design and planted with predominantly hybrid tea and floribunda roses.

Extremely popular with the park visitors, the rose garden peaks in flowering during June and July.

The designs reveal that the herbaceous border will be split into sections with yew shaped hedges reflecting the proportions of the historic building behind, each section having its own colour scheme. Examples of the types of plants you'll find in the border include:

Located close to the St. Mary's gate entrance to the park and beside St. Mary's Lodge is the formal herb garden.

The ornate pattern of box hedges surrounding a central fountain, are planted up with a wide variety of culinary herbs. This sunny spot offers respite in a quiet corner for park visitors.